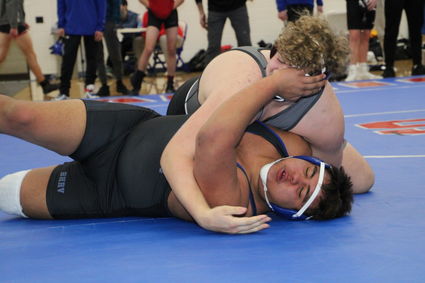 Okoboji/H-M-S was one of seven teams to participate in a multi-dual tournament hosted by Sioux Center on Jan. 22. Most teams competed in three duals during the meet that was put together after the OA/BCIG tournament was canceled.

Facing Estherville-Lincoln Central for the fourth time, Okoboji/H-M-S evened their season series with a 42-27 win. The Pioneers didn't fare as well competing against Boyden-Hull/Rock Valley for the second straight night (56-26) or against Spirit Lake Park (51-24).