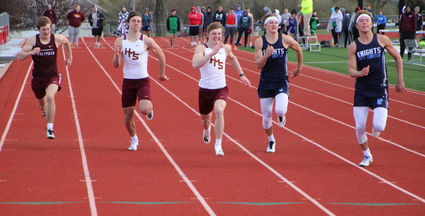 Kooper Ebel (left) and Connor Dodd stay with the leaders during the 100 meter dash. Dodd finished second and Ebel finished fifth in the event.