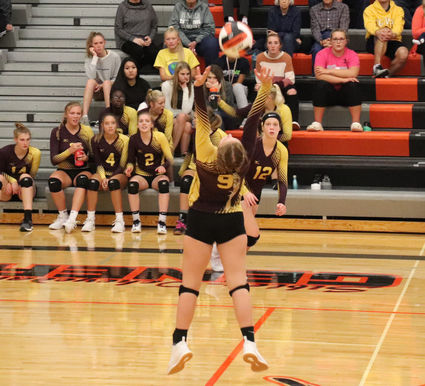 The teams traded leads throughout the first set, which H-M-S claimed by scoring the final four points. The Generals led during most of the second set to even the match.

A pivotal point was the Hawks' rally in the third set. They led early but the Generals eventually pulled out to a 21-14 adv...