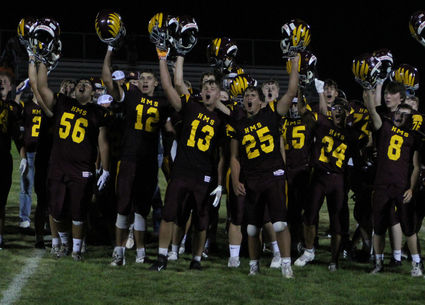 Members of the H-M-S football team salute the crowd after defeating Okoboji 28-0 on Aug. 28 at Peterson Field.

After one of the more successful seasons in program history, the Hartley-Melvin-Sanborn football team has earned several postseason honors.