Helping athletes to be successful in life

New coach sees football as more than just a game 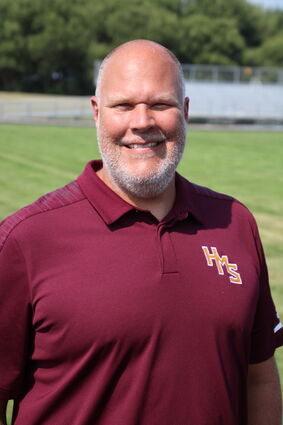 Football is more than a game that Jay Eilers gets to coach. It's a classroom where student-athletes have the opportunity to learn life lessons.

Eilers is H-M-S's new head football coach, taking over the program from Tyler Horkey who accepted a position at Spencer.

As he settles into his new duties as a coach, Eilers sees his role as an instructional interventionist at H-M-S Elementary as an opportunity to help students build a solid foundation for the future.

"I was the behavior kid in school, the kid that you didn't want to come into your classroom," he said. "I've grown and learned a lot...