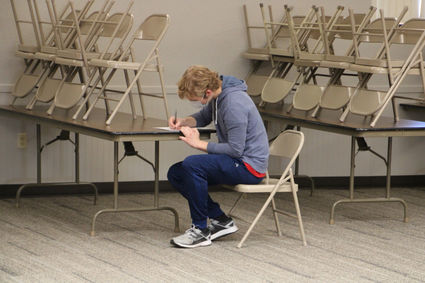 A voter fills out his ballot at the Hartley Community Center on Nov. 3. Turnout in O'Brien County was 76.5 percent.

It's official – last month's general election was a record breaker.

The Iowa State Canvassing Board on Monday officially certified the results of the Nov. 3 election. Turnout was the highest in state history, with more than 1.7 million voters casting ballots. Iowa's turnout percentage of 76 percent was one of the highest in the nation.

"I'm proud of all the work our election officials and poll workers put in and of the way Iowans showed up in record numbers to make their voices heard," Iowa Secretary of State Paul Pate said in a news release. "Despite the pandemic, we had record-breaking...