It was all about the team 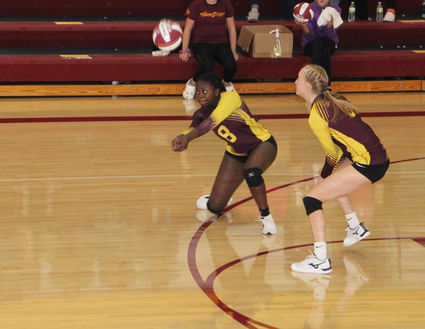 Emily Mutombo focuses on keeping the ball in play in the Hawks' match with Remsen St. Mary's on Oct. 8.

Individual athletes committing to the team concept is usually the key to success. That was certainly the case for Hartley-Melvin-Sanborn's volleyball team as it defeated Harris-Lake Park, 3-1, on Oct. 6 in Hartley.

H-M-S needed a unified effort to overcome an early deficit in the first set. After losing their advantage, the Wolves forced three ties but they were not enough to prevent the Hawks from earning a 26-24 win. That set the tone for the rest of the match.