Homecoming festivities kick off next week at H-M-S

The routine might be a little different, but Homecoming festivities are heading full steam ahead at Hartley-Melvin-Sanborn.

The schedule runs Sept. 28-Oct. 2 and concludes with Friday's football game against Akron-Westfield at Peterson Field. Ten seniors are vying for the king and queen thrones next week, with winners set to receive their crowns during coronation on Tuesday, Sept. 29 at 7 p.m.

The COVID-19 pandemic has forced H-M-S officials to adjust the schedule of events. Current plans call for a pep rally and parade, however, they are going to look different than past years and are subject to last-minute cancellation.

Both events will be held at the football field. To adhere to social distancing guidelines, the junior high and high school students will sit in the bleachers, the elementary students will sit on the grass, and any community members in attendance will be asked to sit in the visitors' bleachers if the home team side is deemed full.

The parade will go around the track so guests in the visitors' bleachers will get to view all float entries. In case of rain, there will be no parade and the pep rally will be held in the H-M-S Event Center for high school students only.

Cher Hibbing, of Hartley, is the daughter of Bill and Josie Hibbing. She's involved in Dance Attack, dancing and teaching at the YMCA, choir and solo/ensemble contest.

Her favorite thing about school is having lunch with her friends. Her fondest memory is from the state dance competition when she and her teammates had to sprint from Starbucks because they were late for the awards ceremony.

Hibbing is currently exploring her options for what she'd like to do after graduation.

Mason loves being with her friends at school and surrounding herself with people who care about her. She has fond memories from playing sports with her teammates and winning games.

After graduation, she plans on playing volleyball in college and eventually becoming a nurse.

Her favorite thing about school is chatting with her friends and teachers, and her best memory is game night after the Homecoming game.

Mastbergen plans to attend the University of Iowa, where she has been accepted into the nursing program.

Her favorite thing about school is being able to eat in class. Her best memory is from the Nashville bus trip, when the guys kept yelling, "Can we turn around?" "I forgot my instrument!" and "Are we there yet?"

Mastbergen plans to attend college next year to get a Master's Degree in architecture.

Jessica Riedemann, of Hartley, is the daughter of Sheila and Robert Riedemann. She's involved in volleyball, softball, jazz choir, FFA and FCCLA.

Her favorite thing about school is participating in sports. Her best memory came from almost being ejected during a softball game after diving headfirst into the opposing team's catcher.

Noah Adams, of Hartley, is the son of Tom and Sharon Adams. He's involved in football and track.

His favorite thing about school is getting to see his friends, and his best memory is scoring the last-second touchdown against Estherville-Lincoln Central.

His favorite things about school are the flexible schedules and being allowed to use his phone. His fondest memory is winning the school volleyball tournament.

Bronstad plans to attend medical school at the University of Iowa.

Dylan Doyle, of Hartley, is the son of Stacy and Tricia Doyle. He is involved in football and basketball.

His favorite thing about school is the day before Christmas break. His best memory is being Homecoming volleyball champions.

Doyle plans to enter the workforce upon graduation. 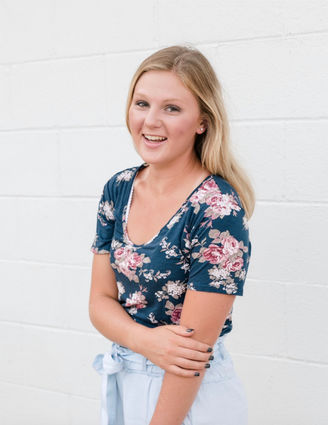 His favorite thing about school is getting to see all the people everyday. His fondest memory is the Nashville music trip during freshman year.

Haack plans to attend the University of Iowa next fall and study statistics. He hopes to attend law school after receiving his undergraduate degree.

Dawson Schiphoff, of Hartley, is the son of Kari and Dixon Schiphoff. He is involved in football, basketball, baseball, choir and the fishing team.

His favorite thing about school is getting to see his friends. His best memory is taking Remsen St. Mary's into extra innings when they were undefeated his sophomore year.

Schiphoff plans to go to college next year and become a fisheries biologist. He would also like to play baseball in college.