H-M-S boys are 'locked in' defensively

South O'Brien held to 11 points in second half 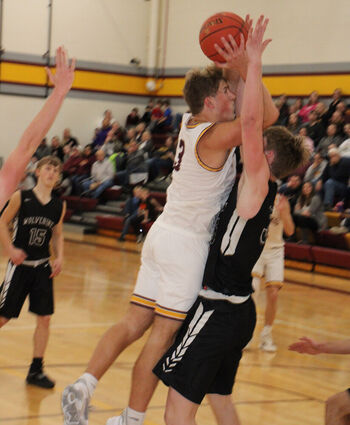 Travis Kamradt attempts a shot despite a South O'Brien defender's effort to deny him a path to the basket.

But as the calendar turned from January to February, the Hawks ramped up the defensive intensity, leading to wins in their final five regular season games. Defense again ruled in the second half of the Hawks' 49-34 defeat of South O'Brien on Feb. 8 in Hartley. The victory improved their final regular season record to 10-11.

"I'm really happy with how we competed and how we finished the game," Hawk coach Naet Hoaglund said. "Obviously there are things to clean up, but the...