Battling the course and the conditions 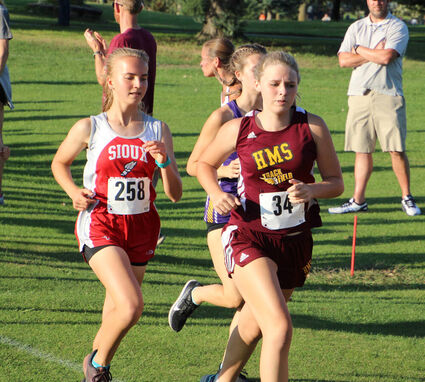 Kamryn Ebel gets out to a strong start during the girls' varsity race at the Sioux Central Invite.

Six was the Hartley-Melvin-Sanborn cross country team's number at the West Lyon Wildcat Invitational on Sept. 13. The Hawks had one individual place sixth and both varsity teams were No. 6 in their respective standings.