Breaking even in the War Eagle 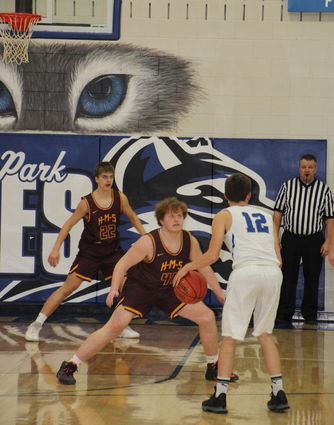 A double-digit lead over Harris-Lake Park dwindled to three points early in the second half. But 3-1/2 minutes later, Hartley-Melvin-Sanborn was ahead by 17 and went on to earn a 52-40 win in the final regular season game on Feb. 9.

The first 16 minutes of the game at Lake Park proved that no Hawk lead was safe. After an early six-point advantage was cut to one, H-M-S regained the momentum and built a 28-14 advantage in the second quarter. H-LP fought back again and reduced the deficit to 31-27 at half time.