Mixed results in the middle quarters 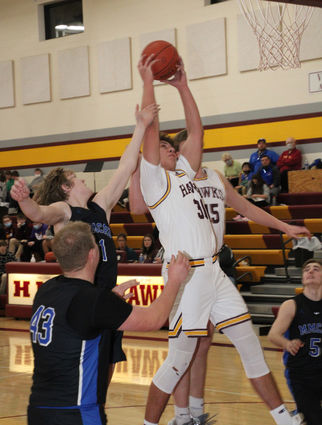 DJ Doyle outjumps everyone to grab a rebound during H-M-S's win over MMCRU on Jan. 18.

The middle quarters separated Hartley-Melvin-Sanborn and MMCRU during their game on Jan. 18 in Hartley. The Hawks outscored the Royals by 29 points in those quarters to secure an 89-54 win.

H-M-S dominated the third quarter to extend the advantage to 72-39. Three three-pointers by Sam Heyn midway through the final period put...