Leading when it counts most 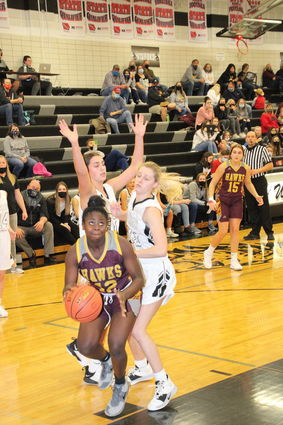 The girls' basketball matchup between Hartley-Melvin-Sanborn and South O'Brien on Dec. 22 proved that it doesn't matter how long a team leads during the game; it only matters who's leading at the end.

The Hawks lost the lead late in the first half and trailed by seven during the third quarter and again early in the fourth. Still down one with 15 seconds to play, H-M-S got its chance to pull out the win after a South O'Brien player was unable to rebound a missed free throw. The Hawks ran a play that resulted in Olivia Grooters scoring the go-ahead basket with 1.1 seconds remaining, giving th...