No close game this time 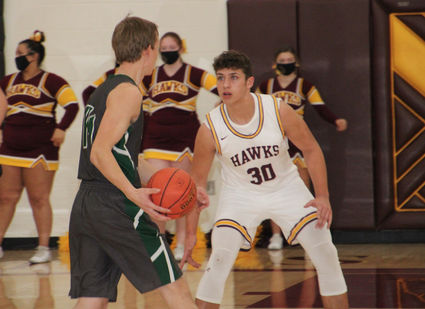 DJ Doyle keeps a close eye on a Trinity Christian ball handler in the Hawks' 60-37 win in Hartley.

The boys' basketball teams from Hartley-Melvin-Sanborn and Trinity Christian have regularly played close games in recent years. Five of the past six meetings were decided by three points or less and only twice since 2011 has the final margin been greater than eight.

This season's first meeting between the Hawks and Tigers won't be among the recent string of tight finishes. Hosting Trinity Christian on Dec. 8, H-M-S built a 13-point half time lead and rolled to a 60-37 win.

"Our kids played very well," Hawk coach Mark Petersen said. "We were able to hit some shots. We were patient offensivel...