Second half lifts Jays past H-M-S 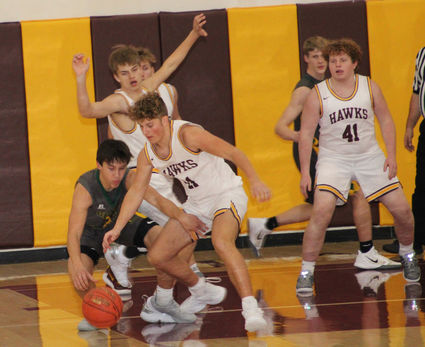 A highly-competitive boys' basketball game between Hartley-Melvin-Sanborn and Gehlen Catholic turned into a much different contest during the second half. The Jays led by two points at half time, but revved up their offense in the second half to earn a convincing 76-45 win on Dec. 1 in Hartley.

The Hawks overcame an early deficit to tie the score at 15-15 at the end of the first quarter. They led early in the second period before Gehlen Catholic pulled out to a 29-22 advantage. H-M-S used a late rally to cut the deficit to 32-30 at half time.

H-M-S tied the score to start the third quarter...