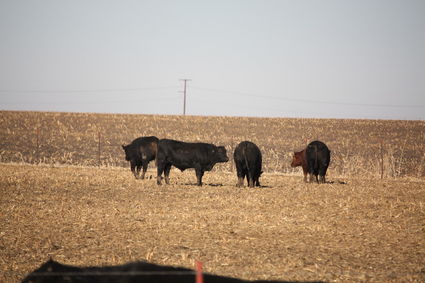 With combines back in the machine shed, cattle have been able to spread out in Iowa corn fields. Harvest moved along significantly faster than previous years this fall thanks to favorable conditions.

Iowa farmers have very little left to pick thanks to favorable harvest conditions that lasted most of the fall.

According to the latest crop progress report from the Iowa Department of Agriculture & Land Stewardship, only 3 percent of the state's corn crop remains to be harvested, almost four weeks ahead of last year and just over two weeks ahead of the five-year average. Statewide, the moisture content of field corn remained at 15 percent. Farmers in northwest, north central and west central Iowa have less than 1 percent of their corn remaining to be harvested while farmers in south ce...