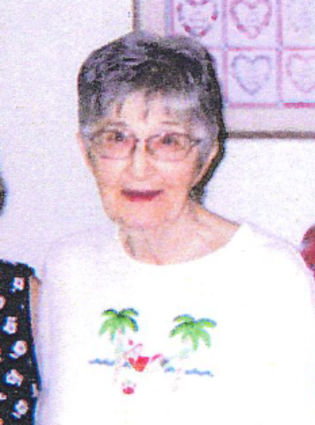 She was born on Sept. 26, 1937, in a farm home at Ruthven, to Harold and Hazel (Michael) Lowman. She attended Rodman Consolidated School, graduating in 1955.

She is a former member and past president of the TOPS weight watchers club in Halfway, Mo., and was chosen queen in the year 2007 after losing 40 pounds.

She loved the Lord and depended on Him so much through the years. She loved people and was so wise. She will be so missed by many people.

She was preceded in death by her parents and three brothers: Gloal, Eugene and Samuel Lowman.

According to Joanne's wishes, her body was cremated to be laid to rest at a later date.