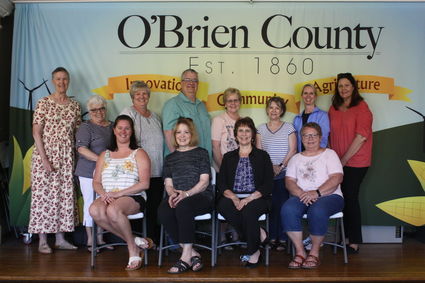 Kim Morran isn't shy about giving credit where it is due.

The O'Brien County Public Health administrator, along with the department's two other staff members, showed their gratitude to volunteers who helped with the county's vaccine rollout during an open house at the courthouse in Primghar on May 25. Special certificates of recognition were distributed during the event and nary a mask was in sight thanks to the inoculation efforts of those involved.

"It was very tough," Morran said of the local vaccine rollout. "That's why we wanted to show our appreciation, because none of this would have...