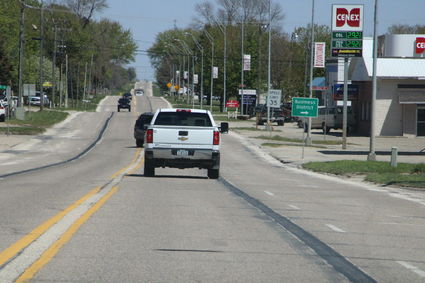 After resurfacing work is completed later this year, the number of lanes on Highway 18 in Hartley will be slashed from four to three. The curb and gutter on the road will not be affected.

Editor's note: This story has been updated to reflect that the resurfacing project will permanently reduce the number of lanes on Highway 18 from four to three, not temporarily as was published in this week's newspaper.

Superintendent of Public Works Jaron Benz reported during Monday's city council meeting that Highway 18 will undergo resurfacing later this year. The Iowa Department of Transportation (DOT) will mill the existing surface and then overlay a thin layer back on top.

Benz said that once the work completed, the number o...