Feenstra swings thru the Fourth 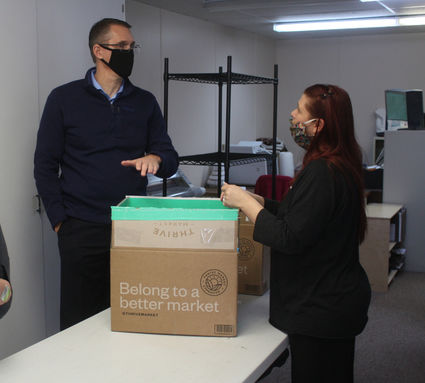 Fresh off his appointment to the House Agriculture Committee, Fourth District Rep. Randy Feenstra has pledged to make Iowa farmers a priority during his first term in Congress.

The Hull Republican made several stops throughout northwest Iowa last week, including a visit to Upper Des Moines Opportunity in Sibley. He said that strengthening the ag economy through expanded trade deals was vital and vowed to use his seat on the Agriculture Committee to improve Iowa famers' financial interests.