Pep rally, parade still on for Friday at football field 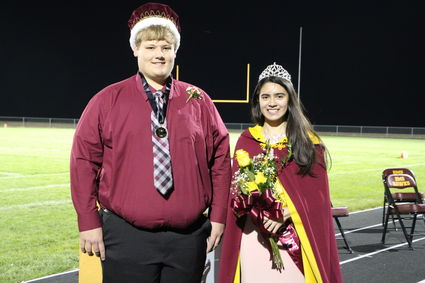 It may have been a week later than expected, but new royalty got their due Monday night at Hartley-Melvin-Sanborn High School.

Cher Hibbing and Gabe Bronstad were named Homecoming queen and king during the coronation ceremony, which was held outside at the football field. All Homecoming activities were postponed a week because of the high number of students quarantined due to COVID-19 public heath guidelines.

Hibbing, of Hartley, is the daughter of Bill and Josie Hibbing. She's involved in Dance Attack, dancing and teaching at the YMCA, choir and solo/ensemble contest. Bronstad, of Hartley,...