A little Bit of this, a few Pieces of that 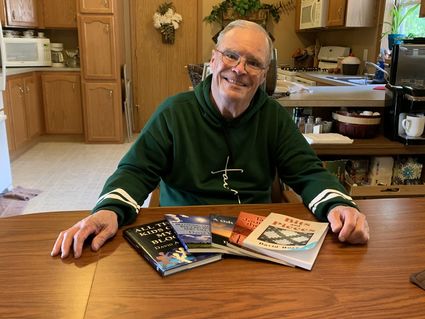 Dave Hoye, of Everly, has published five books in his lifetime. His most recent is Bits and Pieces, which features a variety of poems.

Dave Hoye just can't get rid of his burning itch to write.

It's therapy for the Everly man, who just released his fifth book, Bits and Pieces. The collection of poems features a variety of selections ranging in focus from nature to faith to friends.

"This has kind of a little bit of everything, but anyone who has a family can relate to those poems," he said. "This is a culmination."

Bits and Pieces also includes several photos taken by Hoye himself. He said the images add a dash of panache and personal appeal to the book, which was published by WestBow Press.