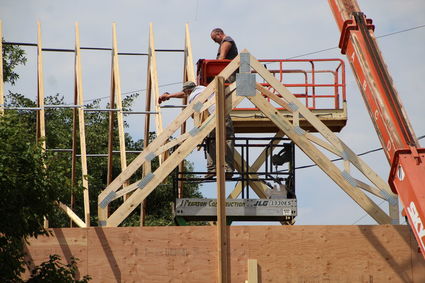 One of Hartley's oldest residences is getting its first addition in more than 120 years.

A new barn is being built at the historic Patch-Eeten House on First Street Southeast. Construction of the building began late last month after the old barn, which was originally used as a carriage house, was torn down when renovations were deemed cost-prohibitive and unfeasible.

"It's been moving along pretty good," he said. "The stairs to the second floor were moved from the center of the b...