Something had to give 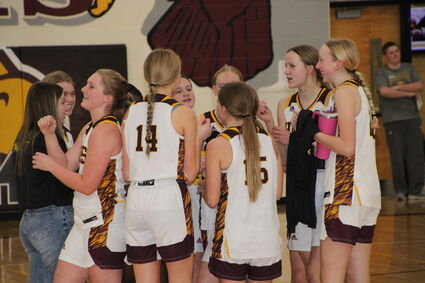 It was time for the Hawks to celebrate after their 50-21 win over South O'Brien, their first of the season.

One girls' basketball team was going to get its first win when Hartley-Melvin-Sanborn and South O'Brien played in Hartley on Jan. 17. After starting the season with 10 straight losses, the Hawks got into the win column by defeating South O'Brien, 50-21.

An 8-0 start propelled H-M-S to a 15-1 lead at the end of the first quarter. The Hawks maintained the double-digit advantage throughout the second quarter, helped by back-to-back three-pointers by Frankie Mohni within a 10-second span. Despite scoring 10 points in the quarter, South O'Brien trailed 31-11 at half time.

The scoring slowed for...