Moving up the ladder 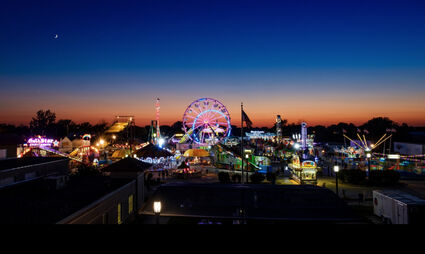 The search for Parson's successor is already underway by the Clay County Fair Board of Directors.

The leader of the World's Greatest County Fair is heading to the big show.

Clay County Fair CEO/Manager Jeremy Parsons will officially be named CEO and manager of the Iowa State Fair in Des Moines. Gary Slater, who has held the top position since 2001, announced his retirement in October of 2022. Parsons' appointment will be effective in early March.

"We could not be more excited to announce the transition of CEO and Fair Manager to Jeremy Parsons," Iowa State Fair Board President Darwin Gaudian said in a news release. "His long list of fair credentials, his community involvement, his leade...