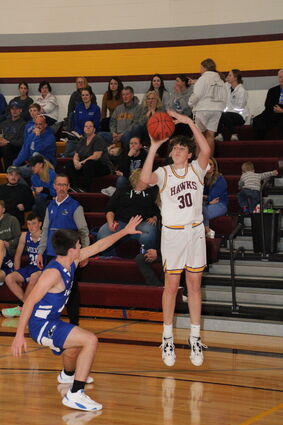 Lucas Kroese squares up for a three-point shot attempt against Harris-Lake Park.

A 13-point half time lead gave Hartley-Melvin-Sanborn enough of a cushion to hold off Harris-Lake Park, 56-51, for a War Eagle Conference boys' basketball win on Jan. 6.