Finishing second for the first time 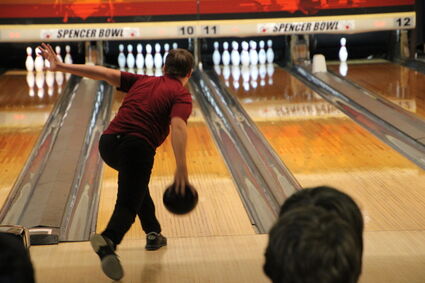 Jack Mastbergen rolled games of 149 and 179 during the Hawk boys' first official meet, hosted by Sioux Central on Dec. 6.

Victory eluded Hartley-Melvin-Sanborn in the first-ever competition of the high school bowling program, but second-place finishes to experienced teams were positive results for the two varsity squads.

MMCRU swept the team titles of the Sioux Central Invitational on Dec. 6 at Spencer Bowl. Their boys finished with a combined pin total of 2,798 for two games while H-M-S placed second with 2,408. Other complete teams were Sioux Central (2,026) and Pocahontas Area (1,430). Emmetsburg did not have enough bowlers for a team score.

Five Hawks rolled better scores in the second game than in the fir...