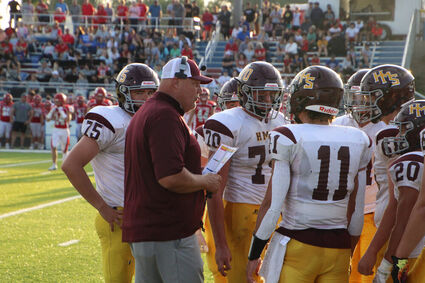 In addition to leading his team to an 8-3 overall record in 2022, H-M-S head coach Jay Eilers was named the Class A District 1 Coach of the Year.

Hartley-Melvin-Sanborn's football team picked up where it left off in 2021, again winning an outright Class A District 1 title and earning two postseason victories.

The Hawks also compiled an 8-3 overall record for the second straight season.

Running what Hawk coach Jay Eilers calls "the oldest offense in the book," H-M-S again set a school record for points scored in a season. The 437 points scored this fall edged the previous record of 436 set a year ago. The Hawks scored at least 40 points seven times, with a season-high of 66 against MMCRU.