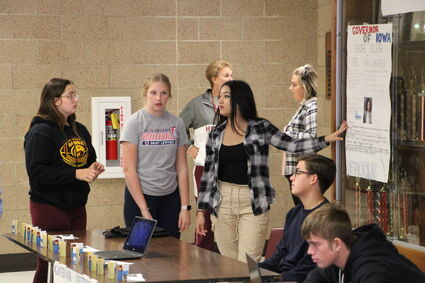 Maroon and Gold may be the official colors at Hartley-Melvin-Sanborn High School, but students there prefer red.