Hawks fall short against Woodbury Central in quarterfinal round 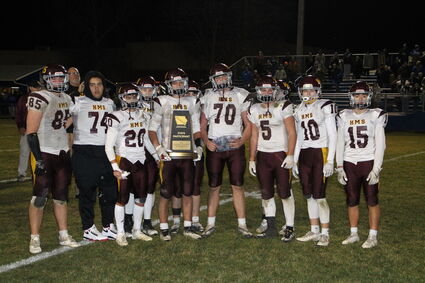 After home playoff wins over North Union and Hinton, Hartley-Melvin-Sanborn faced its sternest postseason test: a quarterfinal round matchup with undefeated Woodbury Central with the goal of advancing to the UNI-Dome to play in the Class A semifinals.

In the most competitive of the four quarterfinal games, H-M-S fell behind twice in the first half but rebounded to take the lead in the third quarter. Woodbury Central would eventually prevail, scoring in the fourth quarter to earn a 27-24 win on Nov. 4 at Moville.

Woodbury Central opened the game with a scoring pass to Zack Butler, followed b...