Getting ready for the big finish 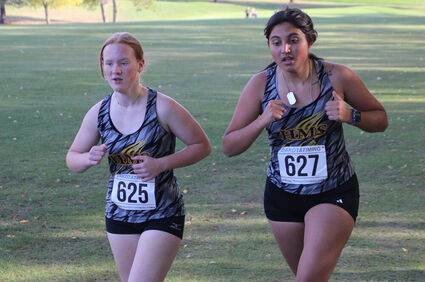 Clara Funk (left) and Juliana Pasillas (right) run together early in the girls' varsity race at the GLR/CL Invitational.

The cross country meet hosted by George-Little Rock/Central Lyon has traditionally been a "tune up" for Hartley-Melvin-Sanborn runners before the War Eagle Conference and state qualifying meets later in the month.

H-M-S competed in the G-LR/CL meet on Oct. 6 at Otter Valley Country Club, with the boys' team finishing fifth and the girls coming in seventh.