They're still the team to beat 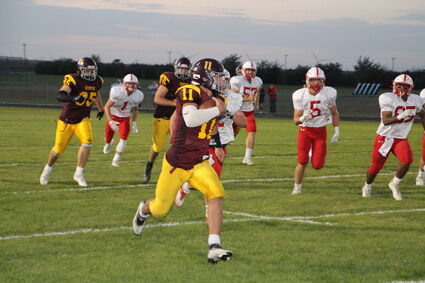 Once quarterback Kooper Ebel gets outside of the defense, the play turns into a footrace toward the end zone.

Scoring late in the first half and again to begin the third quarter gave West Hancock a definite edge in a battle of ranked Class A football teams. Those touchdowns gave the Eagles a two-score advantage, which was the final margin of a 31-18 win over Hartley-Melvin-Sanborn on Sept. 30 at Peterson Field.

The Eagles recovered a Hawk fumble at midfield late in the first half. Three third down conversions set up a 15-yard scoring pass jus...