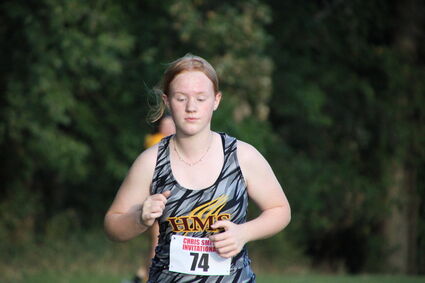 Clara Funk was one of the H-M-S competitors during the Chris Smith Invitational at Sioux Rapids.

A pair of Top 20 finishers led the way for Hartley-Melvin-Sanborn at the West Lyon Wildcat Invitational on Sept. 12. The cross country meet was held at the Lake Pahoja Recreation Area near Inwood.

George-Little Rock/Central Lyon won the team title with 29 points and West Lyon was runner-up with 35. Boyden-Hull/Rock Valley scored 59, Sheldon scored 122 and H-M-S was fifth with...