Shaving minutes off their times 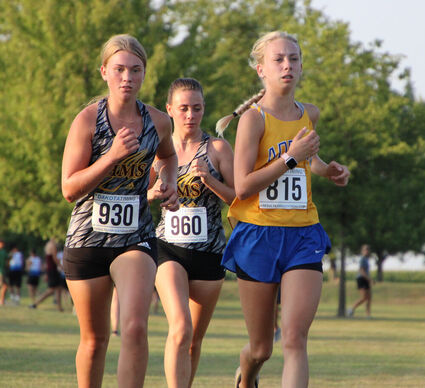 Gracie Knobloch intends to pass an Adrian, Minn. runner at the S-O Invitational. Teammate Lexi Croatt is on their heels.

Hartley-Melvin-Sanborn cross country runners' times and team finishes at the Sibley-Ocheyedan Invitational on Sept. 6 showed vast improvement since the last time they competed on the course at Sibley.

Both varsity teams recorded better scores than they did in 2021, and several individuals' times were faster than they previously ran.

The Hawk boys finished seventh as a team, scoring 173 po...