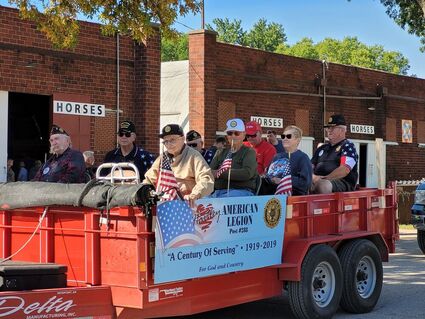 Hartley vets ride in fair parade: Hartley-area veterans rode in the parade at the Clay County Fair on Monday, Sept.12. Members of American Legion Post #288 and Sons of the American Legion also carried the colors through the parade. Monday was Veterans Appreciation Day at the fair, which runs through Sunday, Sept. 18 at the fairgrounds in Spencer.

RFK Cattle, of Hartley, showed the Champion Percentage Junior Female during the Charolais Cattle Show at the Iowa State Fair.

An area farm earned top awards during the Hereford Show judged at the 2022 Iowa State Fair.