Off to a fresh start 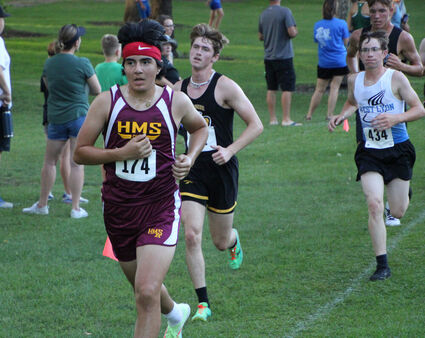 George Vargas was H-M-S's top finisher at the Okoboji Invitational. The junior placed 31st in the meet held on Sept. 1.

A new cross country season began at a new venue, as the Emerald Hills Golf Course was the site for the Okoboji Invitational on Sept. 1. In the past the meet was held at the Woodlyn Hills course east of Milford.

Hartley-Melvin-Sanborn's boys competed as a varsity team and finished ninth out of 11 schools with at least five runners. The Hawks scored 236 points. 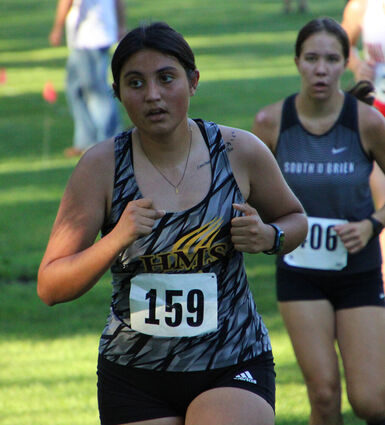 Juliana Pasillas prepares to navigate a curve during the Okoboji Invitational. She finished 61st in the girls' varsity race.

Gracie Knobloch and Lexi Croatt were the two best finishers for H-M-S in the girls' varsity race. Knobloch ran a time of 25:31 to place 45th while Croatt's time of 25:40 was good for 47th place.

H-M-S did not have enough finishers to record a team score.

The Hawks will compete on Sept. 12, in the West Lyon meet at Lake Pahoja State Park, and in Sioux Central's meet on Sept. 15 at Sioux Rapids.