Quick strike versus 'ground and pound' 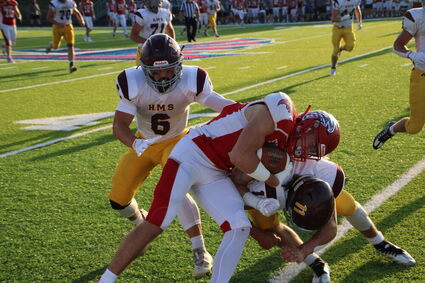 Friday night's football season opener between highly-rated West Sioux and Hartley-Melvin-Sanborn at Hawarden was a stark contrast in offensive approaches.

West Sioux (Class 1A No. 2) scored six touchdowns and none of those drives lasted more than 2-1/2 minutes. The Hawks (Class A No. 3), on the other hand, had two scoring drives with a combined 38 plays that took over 21 minutes of game time.