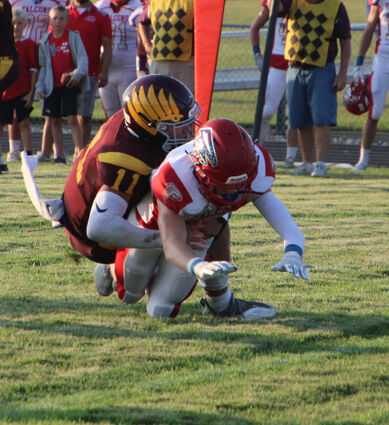 At least one media outlet believes the season-opener Friday night at Hawarden will feature two of the Iowa's best high school football teams. Radio Iowa's preseason poll has West Sioux ranked No. 2 in Class 1A and Hartley-Melvin-Sanborn at No. 3 in Class A.

Several area teams are also ranked in the Top 10 by Radio Iowa. Spencer is at No. 8 in Class 4A; Boyden-Hull/Rock Valley is No. 7 in Class 3A; West Lyon is Class 2A's top-ranked team and neighboring Central Lyon/George-Little Rock is fourth-ranked; and Remsen St. Mary's tops the 8-player rankings to start the 2022 season.