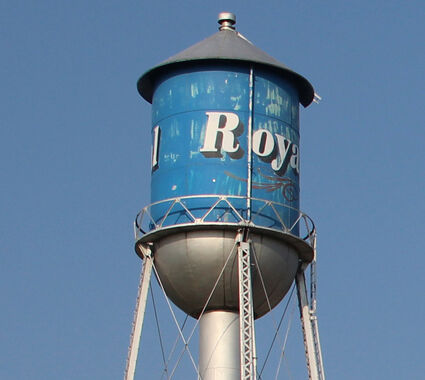 Bids for repainting Royal's water tower will have to be resubmitted.

"It's not apples to apples. It's confusing."

That was Royal Mayor Josh Toft's comment during the August city council meeting as he passed out bid sheets for painting and repairing the water tower.

As anticipated, three companies did submit bids. However, they were not consistent in terms of the work they proposed to do to the tower.

One proposal called for inspecting and painting the tower and 30,000-gallon tank, which is what the council wants to have done. Another bid covered replacing the ladder and installing another door on the tank; disinfecting and cleaning the tank interior; and san...