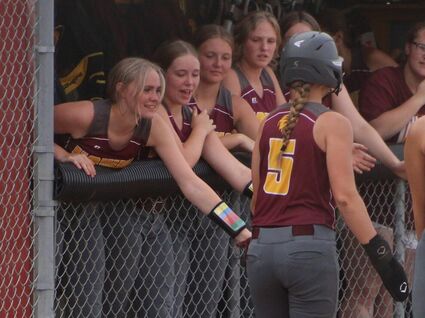 Teammates congratulate Gracie Knobloch on scoring a run June 21 during a win against George-Little Rock.

The Iowa Girls Coaches Association has released its all-district softball teams for the 2022 season.

In Class 2A, freshman Gracie Knobloch of Hartley-Melvin-Sanborn was named to the all-Northwest District team.

Several other players from the War Eagle Conference were also named to all-district teams.

Joining Knobloch on the 2A all-Northwest District team from th...