City officials impressed with derecho cleanup this month in Royal 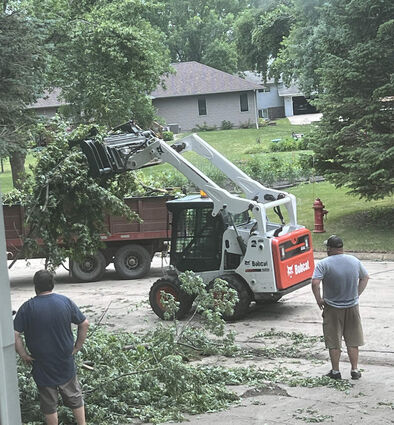 Felled tree limbs get removed from a street in Royal on July 5 after the derecho had passed.

Royal's elected officials spent a good part of the July council meeting praising volunteers who helped clean up the community following the derecho on July 5.

Mayor Josh Toft and council members expressed gratitude to local residents and others who turned what could have been a long cleanup effort into a quick recovery.

"The effort was outstanding," Toft said. "It was a big deal to have it wrapped up in a day or two. It was pretty amazing."

The city also appreciates the assistance of workers from Michels Corporation, who are installing underground electrical lines for Alliant Energy.