And what a week it was 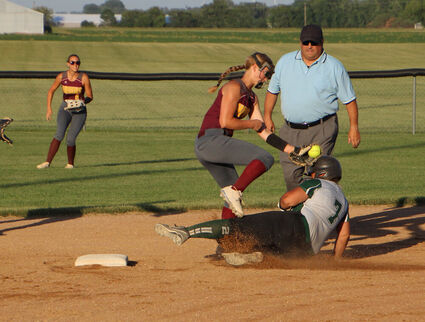 Gracie Knobloch ranges from her shortstop position to tag a Trinity Christian runner attempting to steal second base.

The week could have started differently if H-M-S hadn't answered a challenge by visiting South O'Brien on June 27. The Hawks surrendered a three-run lead in the seventh inning but came up with a big hit in their last at-bat to emerge with the 5-4 win.

"It was a great game by both teams," Hawk coach Stephanie Bronstad said. "We had some errors at the end that almost cost us the game but the girls fought hard."