Working to pull through the slump 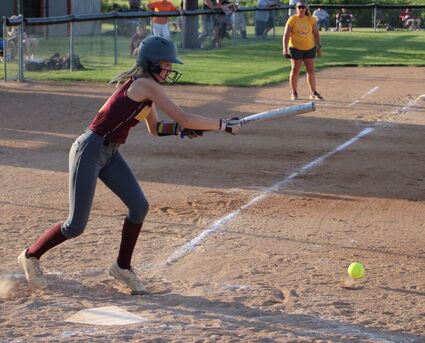 Runs remained at a premium for the Hartley-Melvin-Sanborn softball team, which scored just twice in four games last week, all of which were losses.

H-M-S had only two baserunners in an 11-0 home loss to Remsen St. Mary's on June 13. Abby Otto hit a single in the first inning and Eliza Tewes walked in the third to account for the Hawks' limited activity on the base paths.

St. Mary's started their scoring with a run in the first inning and added three runs in each of the next three innings. A run in the fifth ended the game.