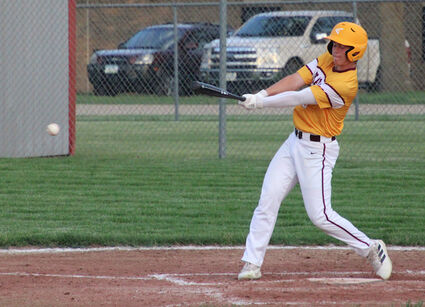 The month of June has been a winless one for the Hartley-Melvin-Sanborn baseball team, which extended its losing streak to 10 games last week.

Remsen St. Mary's, the top-ranked team in Class 1A, took the early lead and never looked back in a 15-0 defeat of H-M-S on June 13 in Hartley.

St. Mary's took control with a five-run first inning. They scored four runs in the second and third innings, and added single runs in the next two frames.