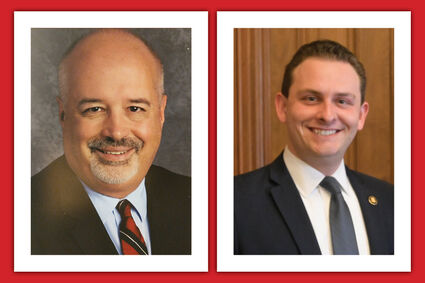 Lynn Evans (left) and Anthony LaBruna (right) are vying for the GOP's nomination in the new Iowa Senate District 3.

Local Republicans in Iowa Senate District 3 will have two options when they hit the polls on June 7.

The GOP primary election ballot features Lynn Evans, of Aurelia, and Anthony LaBruna, of Sanborn. Both men are political newcomers and have never held elected office.

Evans is a former educator who previously served as superintendent at Hartley-Melvin-Sanborn and later Alta-Aurelia. He and his wife, Midge, have two grown children.

LaBruna is a native of California and moved to Iowa to attend college at Iowa State University. He most recently served as former President Donald Trump's White Ho...