It was a wild one 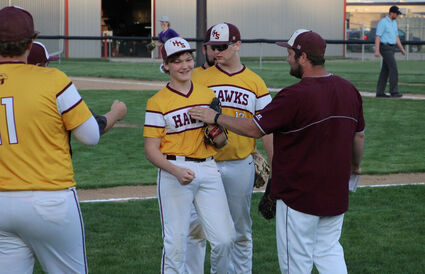 Hartley-Melvin-Sanborn put together two big scoring innings against Graettinger-Terril/Ruthven-Ayrshire, and the Hawks needed every run they got to preserve a 10-7 home field win on May 18.

The baseball season-opener was "a wild one for sure," according to Hawk coach Jeremy Gloden. The first five H-M-S hitters in the third inning reached base safely and four of them scored. Jordan Ortega drove in one run with a single and the other three runs scored on passed balls.

GT/RA scored its first run in the fourth inning. The Hawks answered in their half of that inning, as Jonathan Ortiz led off wi...