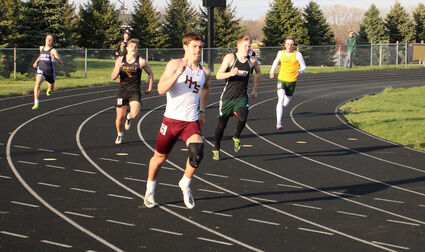 Kooper Ebel pulls away from the pack on his way to victory in the 400-meter dash.

Hartley-Melvin-Sanborn crowned a War Eagle Conference boys' champion and had two runner-up finishes at the 2022 track and field meet hosted by Hinton on May 3.

The Hawks' 59 points were an improvement from their 2021 score, but they still slipped a spot to sixth in the team standings.

H-M-S recorded the highest point total of the season (99) and highest team finish (second) at the South O'Brien Wolverine Relays, on May 5 at Paullina. 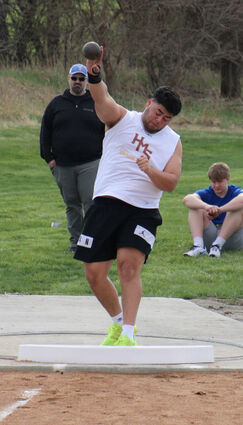 Senior Jesse Garcia competes in the shot put during the War Eagle Conference meet at Hinton.