Another win for the golfers 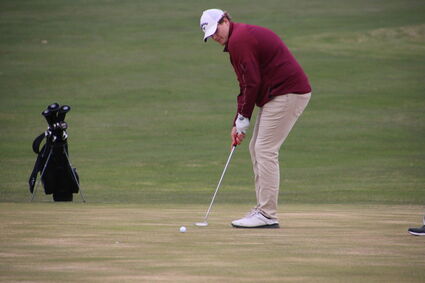 Nick Bronstad was second on the leaderboard in the duals with South O'Brien and Sioux Central on April 29.

Nick Bronstad shot a 43 and Jack Mastbergen fired a 46 to finish second and fourth on the leaderboard against South O'Brien. Using the same individual scores, Bronstad, Mastbergen and Wyatt Borden (47) were the No. 2, 3 and 4 medalists against Sioux Central.