Running fast against the best 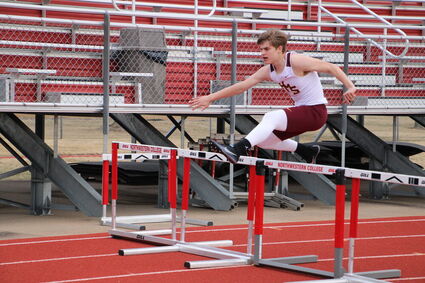 Brenton Thomas runs the final leg of the shuttle hurdle relay at the Dutch Relays. H-M-S finished fourth overall in the event.

The Hartley-Melvin-Sanborn boys' track and field team made a name for itself during the 2022 edition of the Sioux City Relays on April 9.

That same group finished second in the 4x200 relay with a time of 1:35.36. That was three seconds behind Lawton-Bronson's first-place squad.