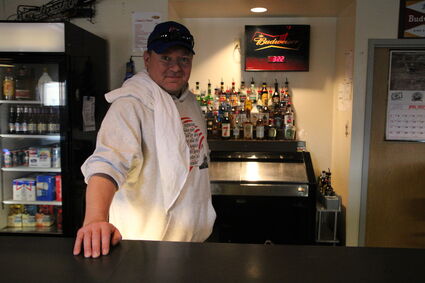 Rich Boardman took over operations of the bar at the American Legion Post #288 in Hartley on April 1.

Rich Boardman has a succinct way of describing his new job.

"I have my own man cave that I get to invite people over to every night, and that's pretty cool," he said.

The Hartley man took over operations of the bar at American Legion Post #288 on April 1. The local watering hole had run dry – the lease of Boardman's predecessor, Mari Howard, expired on Feb. 28, leaving loyal patrons shut out for the entire month of March. But thanks to some good timing and a little coaxing, Boardman decided he'd take the reigns.

He credits Keith Stoltz for convincing him to jump in behind the bar.